BRING THE FARM TO YOUR KITCHEN®

We use only the finest spices to make our sausage. The cream of the crop. Like rubbed sage from the coastal regions of the Adriatic or hand picked black pepper from the island of Zanzibar. These are just a few of the carefully selected ingredients we blend into our recipe. No preservatives, extracts, or oils are ever used. We don’t use them because we don’t need them. You see, unlike other brands of country sausage, Steve Evans Country Sausage is made from only the highest quality cuts of pork. The result is a product that’s considered to be the finest quality and best tasting sausage in America. 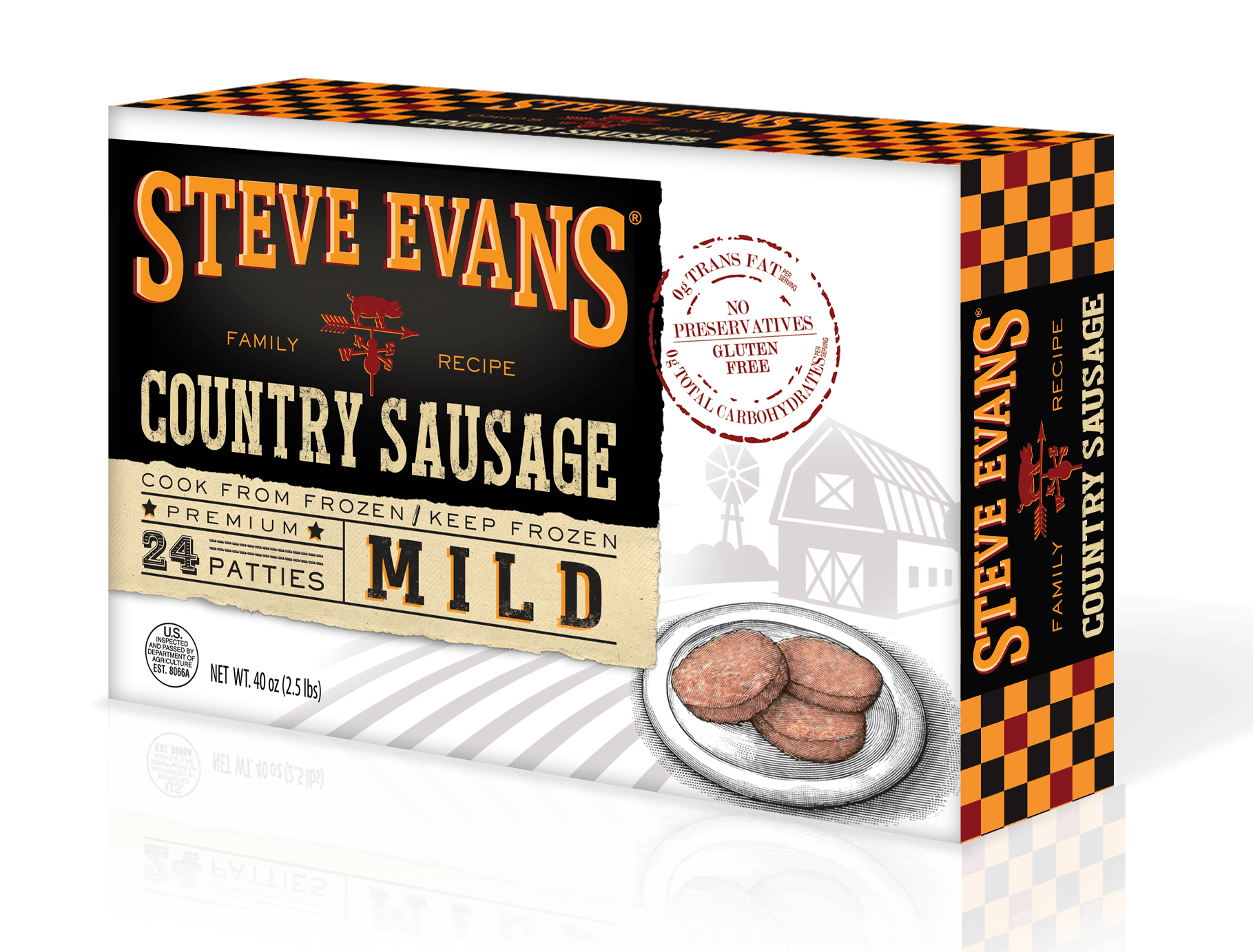 Steve Evans Genuine Country Sausage patties are so tender, and cook up so easily, you will be surprised how quickly they fry up from frozen. We have less cook time than any other brand on the market, a sign of incredible quality. It gives us a patty that is tender and juicy, with just enough fat to give the sausage good flavor. My Sausage patties are so tender that they actually relax when exposed to heat and this lets the heat penetrate evenly all the way through the patty. You will not see these patties curl up around the edges or hove up in the middle. These cooking characteristics allow you to fry your patties and not have to burn the outside to get the middle of the patty cooked, allowing for the juicy, tender, full flavor of the prime cuts of pork and hand selected spices to reach their peak!

THE ONLY WAY TO MAKE AN EXCELLENT PRODUCT IS TO USE EXCELLENT INGREDIENTS. FULL OF FLAVOR AND FREE OF PRESERVATIVES, SINCE 1998.

Real country sausage was invented by my father Bob Evans. Dad returned from WWII and could not find good country sausage for his restaurant so he decided to make his own and to make the best. At that time sausage was a cheap, low quality, food item that was a byproduct of the packing house. My dad used only the very best cuts of pork, something unheard of at that time. My grandfather thought dad would never make it in the sausage business because the cost of such a product was so much higher than the other products of that time.

All these years later you can go back to that time when Genuine Country Sausage was being made by the very people that invented the product. It’s sort of like getting your fried chicken directly from Colonel Sanders the founder of KFC.